Anchoring: What Have Pavlov’s Dogs To Do With You? 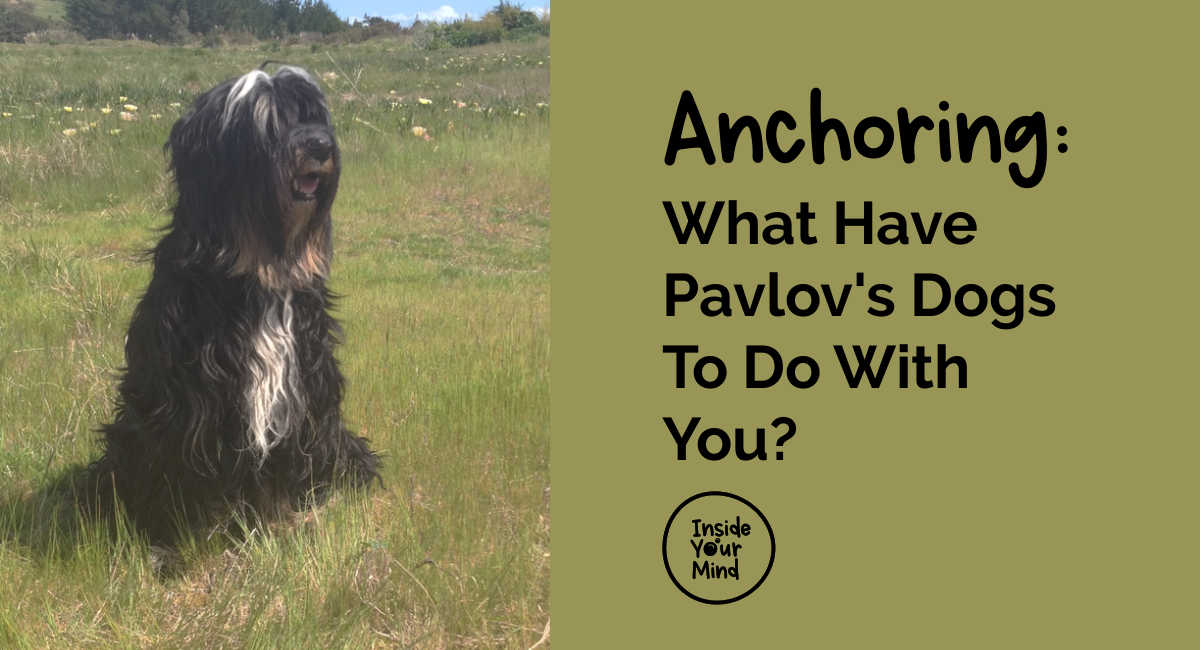 Let me illustrate anchoring with a story

One of my buddies had two Scottish deerhounds; gorgeous and enormous dogs that can cover long distances super fast.

Stu, their owner, carried a whistle to call them back when they were out of voice range. He rewarded their prompt return with a yummy meat treat.

Ragz, my Tibetan terrier soon learned that the whistle meant food. He made sure he was first back and sitting nicely (but excitedly) in front of Stu, long before the deerhounds got there! This wasn’t difficult because, being less than half their height, he couldn’t keep up with the leggy dogs, so he was always closer to us than the deerhounds.

In NLP terminology, we call this response to the whistle stimulus, anchoring

Stu had installed an anchor that signified responding to the whistle by returning to him, meant a treat.

You may have heard of a Russian called Ivan Pavlov, who first discovered the link between a sound and food

He was studying dog digestion and the salivatory glands.

Most dog owners don’t want their dogs salivating everywhere, so we did not consider the research terribly important.

But it’s not only dogs that respond to anchors 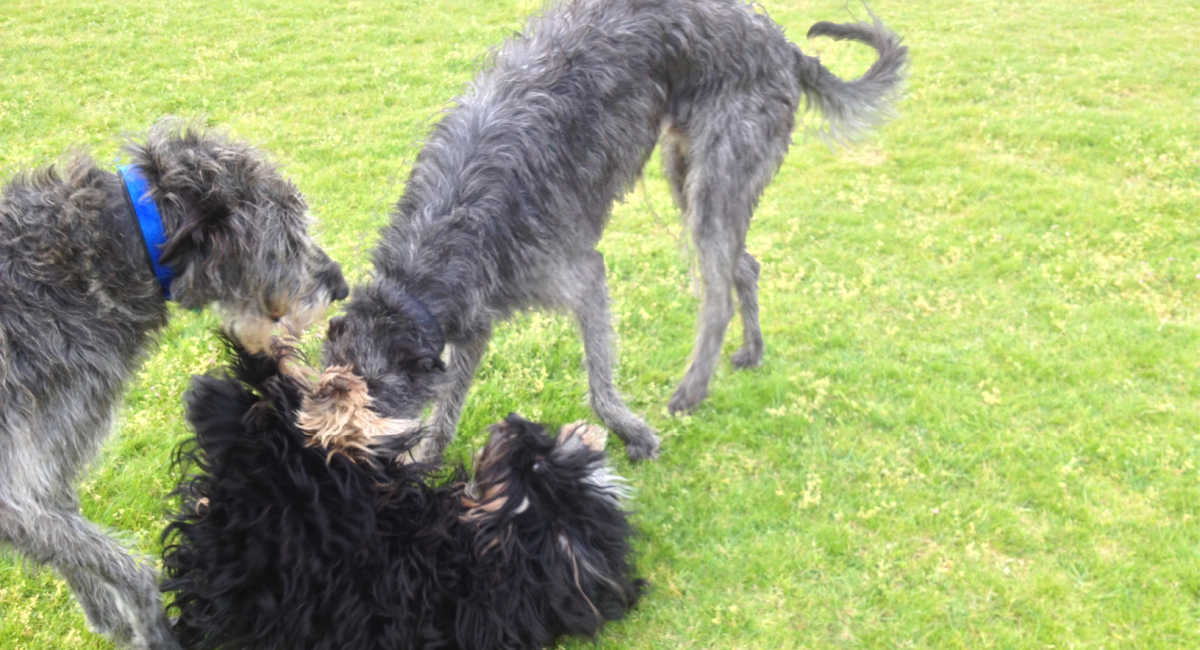 Although it looks as if the deerhounds are killing Ragz, the dogs are all just playing together!

The developers of NLP realised that we humans also react automatically to stimuli.

A stimulus in one of our senses — say, smell — causes a reaction in another of our senses (e.g., feeling) which we associate with the stimulus. So, smelling your favourite food might make your mouth water (almost like Pavlov’s dogs — strawberries do it for me!). The smell of the dentist’s surgery, on the other hand, might make your stomach churn. Listening to a certain song might make you feel romantic.

Often, we react and might not realise what’s upsetting us: A friend said to me the other day, “I don’t know what it is about her; she just rubs me up the wrong way.” Whatever it was, it caused him discomfort (of being rubbed up the wrong way!)

Often, just hearing the word associated with the phobia — such as ‘spider’ — will cause a phobic reaction. The phobic person has no conscious control over that response. A phobia, it can start with a one-time, unfortunate incident. One client developed a phobia of driving around traffic round-a-bouts after being involved in a harrowing near-miss accident involving a truck at a round-a-bout.

Other anchors occur through repetition

It’s often easier to observe anchors in animals because that’s how we train them — intentionally or not. Picking up the car keys or lead, putting on your trainers, locking the house; any of these actions might signal ‘walk time’ to your dog.

We associate anchors with any of our five senses

An anchor that we’d all determine as yucky are things like putrid smells, such as rotting fish. (I bet you turned your nose up just reading that, didn’t you?) While looking a photo taken during a fun holiday will bring back the enjoyment you experienced then. Putting on your slippers might help you wind down. 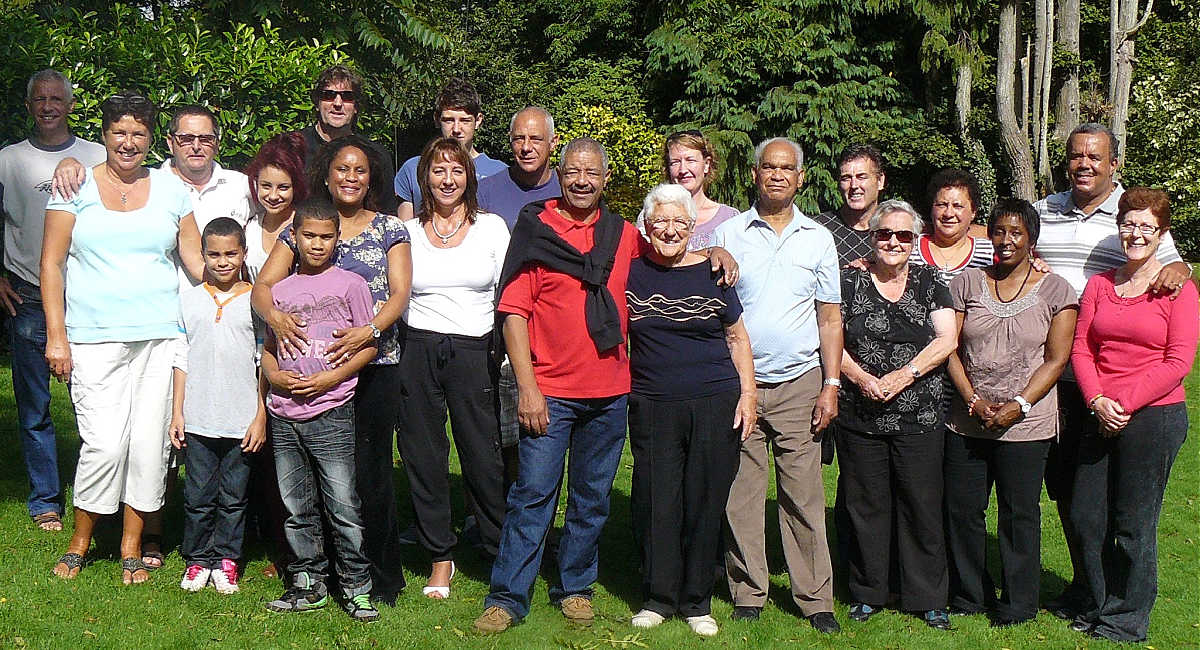 Happy memories are associated with a family get-together for Mom and Dad’s special anniversary in Devon, UK.

We are all anchored to many things

Advertisers use anchoring deliberately and often, to re-mind us of what they’re selling. Even very young children will recognise McDonald’s golden arches if they’re exposed to TV ads or other visual media.

In fact, the other morning I heard that advertisers expose children to 27 ads for junk food a day! Think about the long-term impact of that! Company jingles constantly reinforce a brand, and logos make those names instantly recognisable. Whether these are positive or negative anchors depends on your point of view.

Can you imagine what a film would be like without the music score? It’s often the music that evokes the most emotion. If you listened to the soundtrack without watching the film, you would soon tell the sad, happy, tense, fast, slow, or romantic segments. Notice how often the music from the Jaws movie gets played in other contexts to signify impending doom! The music is an anchor on its own.

Facial expressions can have a similar impact

I remember a friend of mine’s child falling over while we were all out walking. She didn’t cry, and I said to her, “Wow, it’s really interesting that you fell over, Loren, how did you do it?” My curious tone encouraged her, and she began relating how it happened. But when she looked at her mother and saw the sympathetic expression on her face, she burst into tears!

Wives and husbands often complain about being given ‘the look’ from their spouses and interpret that they’ve done or said something unacceptable.

Particular fabrics may cause an adverse kinaesthetic response

Some people, for instance, cannot wear wool next to their skin. If you are one of those people, even the thought of wearing wool against your flesh may cause a shudder!

Many words can be anchors too

Any word that causes a reaction is an anchor. What are the words that affect you?

A deeply personal word anchor is your name! Hearing or seeing it makes you respond!

You might not realise the anchors that are affecting you

I could write a book exclusively about anchoring, as it’s so powerful and far-reaching. Because anchoring often occurs without you realising it, it could be useful for you to identify any negative anchors that affect you.

Here’s how you would do that

Think back to a time when you didn’t feel so good and couldn’t figure out why. Then recall what happened immediately before your response. You may have tasted, heard, smelt, seen or physically sensed something. Even being deliberately aware of the anchor robs it of some of its power. Once you’ve identified the anchor, you can purposely set another favourable anchor to replace the negative one. You can discover how to set an anchor for confidence here. Visit The Calm Spot on this site and set an anchor for being relaxed.

What’s stopping you from being awesome?

I’d encourage you to discover the things that make you feel anything less than totally exceptional. By doing so, you’ll regain control of whatever has affected an aspect of your life, but of which you were previously unaware. Pay attention to what you’re anchored to and change your response. You’ll regain power over any previous knee-jerk reactions.

You’ll stop automatically and unconsciously reacting — like one of Pavlov’s dogs. 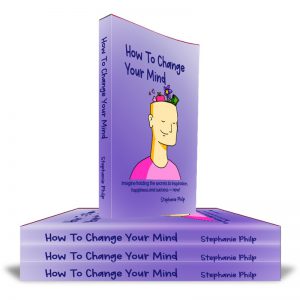 Other articles about anchoring

How to stop your habitual knee-jerk reactions

How To Create Instant Instant Confidence (Or any Other Useful State)

Learn more about anchoring and how to use it

Get my eBook, How To Change Your Mind

← How You Can Develop A Deep Rapport With Anyone — Without Saying A Word Hilarious Quotes, Metaphors, And Plays On Words →