What To Do When Panic And Anxiety ‘Attack’ 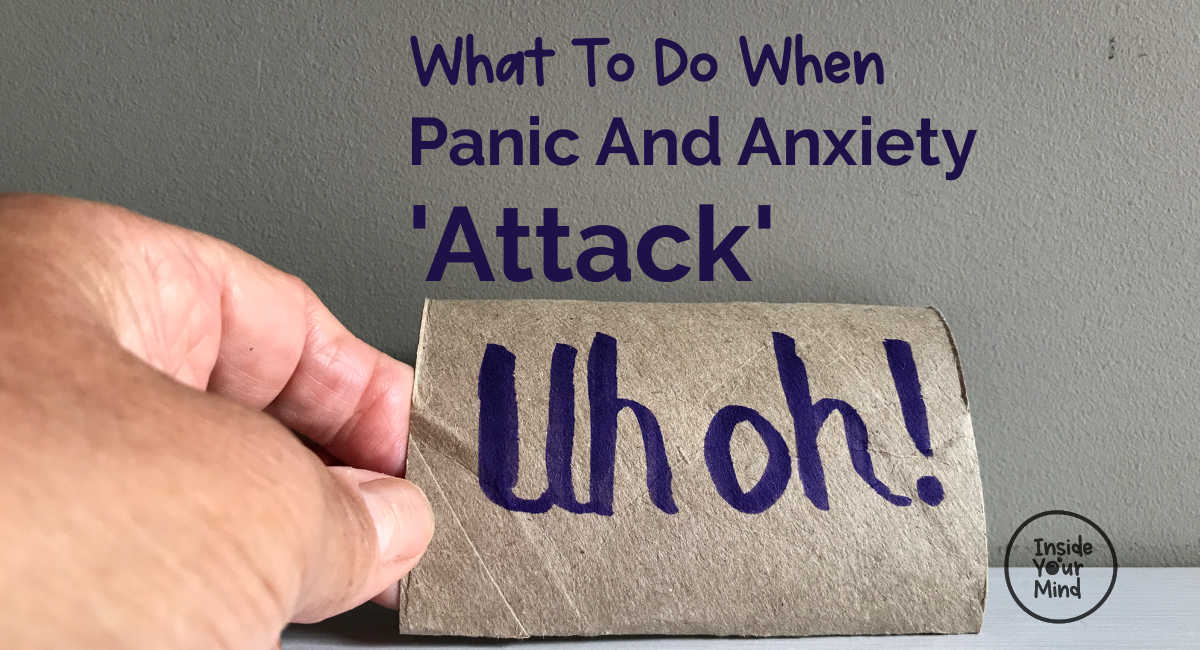 I’ve had some clients who’ve suffered from ‘panic attacks’ or ‘anxiety attacks.’

But panic and anxiety are not like thugs that linger in dark alleyways waiting to attack innocent passers-by.

No. Panic and anxiety start from within us

They are ‘inside’ jobs — coming from a part of us we’re unaware of — or that we’re trying to suppress.

Anyone who has experienced the ‘out of control’ feeling that results from a panic attack, never wants to experience another.

These are some of these signs or symptoms*:

So it’s completely understandable that anyone who has suffered from such an attack will do whatever they can to avoid another. They might search for some treatment for their symptoms, such as taking medication or doing calming exercises. Or they might try to divorce themselves from the problem — hoping it will go away.

Unfortunately, none of these approaches address the cause of the panic or anxiety, which often exist at deeper levels of the psyche.

Often, the causes of panic and anxiety are outside a person’s awareness. With no rational explanation for the panic or anxiety, reasons can be difficult to pinpoint. Panic and anxiety are your unconscious mind’s way of letting you know something isn’t right in your world; that there’s some kind of internal conflict occurring.

Panic and anxiety are the symptoms — not the causes

Therefore treating the panic is unlikely to make you feel any better in the long term. Dissociating yourself from the problem often results in the symptoms getting worse, as your unconscious mind tries more vigorously to get your conscious attention.

Think of it this way

Let’s say you had a child that you were taking care of. If the child was distressed and trying to get your attention, you would comfort her and then sit with her and do whatever you could to find the cause of the problem and resolve it. I doubt you would just ignore the child and hope she would go away! Or medicate her.

Panic and anxiety are like your small, inner child

A client came diagnosed with ‘hyperventilation syndrome.’ (A type of panic attack causing difficulty in breathing.)

I wanted to determine when he experienced hyperventilation. Within a few minutes, we discovered he would often get it when he was driving to work. At other times, it would be when he became frustrated with some aspect of his job.

In the discussion that followed, he revealed he had a secret and passionate ambition. He wanted to work with kids after school and had a great idea to set up a homework club. Kids would have a safe place to hang out after school. They would receive some help with their homework and some healthy food until their parents could pick them up.

My client had worked for the same company since he’d left school at 14. At that young age, he’d dropped out of school and when I saw him, he was in his late 30s. He’d achieved a middle management position in the organisation. However, because of his poor academic history, he wasn’t sure he had the educational knowledge, or the right experience to get his business project off the ground. And what he perceived as shortcomings meant he lacked the confidence to tackle such a large project. This left him feeling ‘stuck’ in the work he was doing.

Rather than find out what was required to develop his idea, he pushed it to the back of his mind and tried to direct his energy into his job.

The more he tried to step on his passion, the worse the reactions of panic and anxiety became. 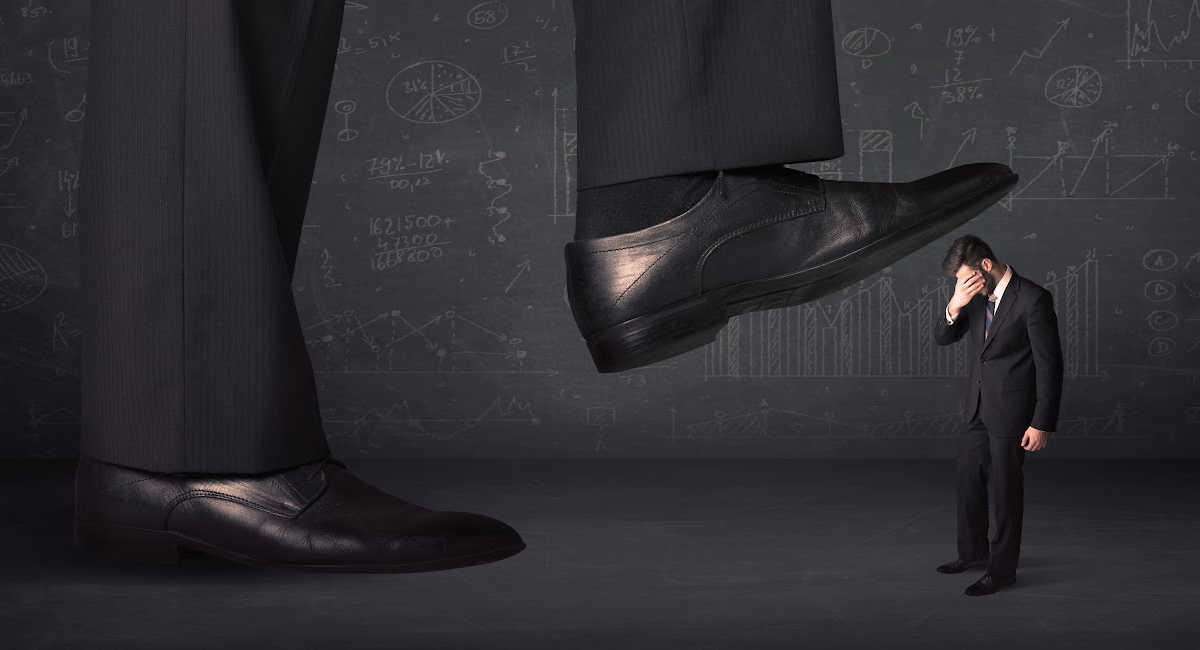 As he paid attention to his body and listened to it — in the same way he would listen to one of his children — the panicky parts’ intention became clear. Its job was to remind him of his real passion — and that time was running out.

We discussed how he could move his goal forward

He began taking some small and steady actions toward achieving his goal; not the full business, just gradually moving forwards.

He decided to begin by doing some research and making a list of what learning he needed to make his dream a reality. He realised he could continue to earn money,enjoy and feel happier in his day job — rather than feeling stuck in it.  And he could devote time in the evenings and at weekends to getting his business idea off the ground. The fact that he was taking steps towards something he was passionate about caused the hyperventilation to stop.

Dog Rules for anxiety: If you can’t eat it or play with it, pee on it and walk away! ~ Unknown

A woman client experienced panic every morning on her way to her new job as a real estate agent. It had become so severe that her boss had told her not to return to work until she’d got it sorted. She’d been told by a professional therapist to stick a needle in her leg as that would distract her from panicking! When the needle had broken off in her leg, she decided this form of therapy wasn’t working!

Again, when she checked in with her body, we discovered a conflict. She felt guilty about going out to work and leaving her young daughter with a carer. We looked for ways that she could be certain that her daughter was getting the best care possible for the 3 days a week she was working. Once she resolved this conflict, the panic attacks stopped.

How to deal with panic and anxiety

The best way to handle panic or anxiety in the long term is to examine any places where there might be conflicts in your life. For example, do you:

If possible, try to remember what you experienced just before you began to feel panicky. What did you see at that time? What did you hear? This may require some deep thought. Make a note of anything that springs to mind. Now think of another occurrence. Are there any similarities between the two incidents?

A part of you is trying to communicate something important — and you’re doing your best to ignore it. 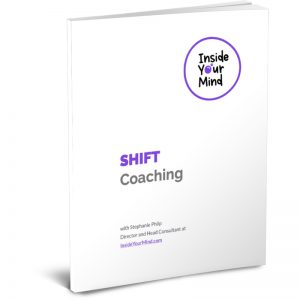 Whatever your reason for neglecting it, you must pay attention to the anxiety-producing part of you. For although the resulting anxiety is far from pleasant, the part of you that’s causing it has your back and wants the best for you. Continuing to ignore an aspect of you that wants recognition will only make the problem worse.

If you need some help with an issue such as I’ve described, I can help with SHIFT Coaching. Or, find someone else who will help you find and resolve the incongruous issue, so your unconscious mind doesn’t have to keep ‘reminding you’ with unpleasant physical symptoms.

Listen to the Stress and Anxiety podcast

← 12 Novel Reasons To Get Yourself A Coach Lucky You: 4 Quick And Easy Techniques To Amplify Your Good Luck Factor →