How To Protect Yourself From Bullying — By Changing Your Mind 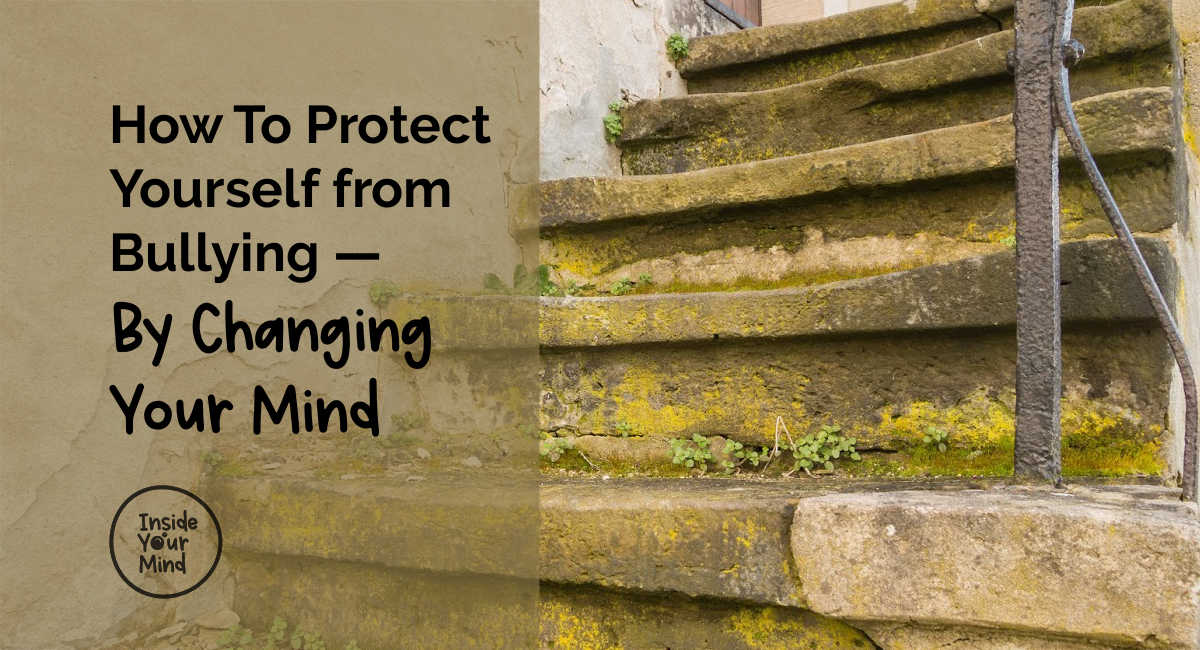 After the office party, MJ’s boss got drunk and behaved in an extremely inappropriate and offensive manner towards MJ and her colleague.

Bullying is insidious. It reminds me of the stone slab outside my grandmother’s house. It was underneath the down pipe beside the drain. Over time, the constant pressure wore a hollow in the stone.

Like that stone, people who are bullied also feel hollow, worn down by constant pressure.

If you’ve ever been the victim of bullying, you’ll know how insidious it can be

Like that water dripping on stone, the impact frequently goes unnoticed initially. A bully’s victim often starts by rationalising the bully’s behaviour. They give the bully the benefit of the doubt — they don’t see bullying for what it really is.

By the time a person realises they are being bullied, they may have lost any confidence and self-esteem they once possessed. With no vestige of self-belief, they’re left in a terrible emotional — and sometimes physical — state. It’s a state from which it’s almost impossible for them to single-handedly combat bullying behaviour.

What do I mean by bullying?

A simple definition is:

“Unwanted and unwarranted behaviour that a person finds offensive, intimidating or humiliating and is repeated so as to have a detrimental effect on a person’s dignity, safety, and well-being.”

The most frequent victims of bullying are often highly competent people. Bullies feel threatened by them.

As far as the bully’s target is concerned, by the time they realise they are being bullied, their self-esteem is badly affected. 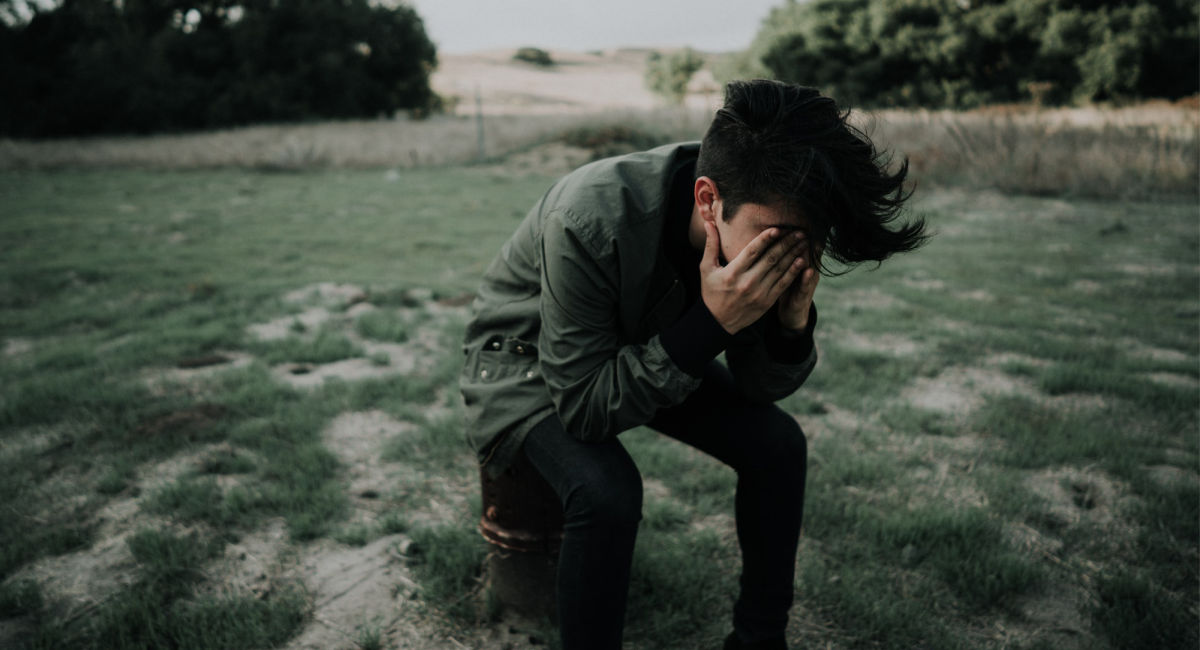 Self-esteem and a person’s mental landscape or social panorama are tied together.

(If you haven’t read my other article about mental landscapes and social panorama, pause here and read that first)

In a victim’s mental landscape or social panorama, the bully is usually ‘in their face’. So to deal with a bully using social panorama its useful to remember that some people don’t get bullied at all. That’s curious. A bully may feel threatened by many people, yet not bully all of them. How does he/she know who to bully and who to leave alone?

The answer often lies in the victim’s level of self-esteem.

How self-esteem connects to social panorama and bullying

Bullies frequently pick on people who are very competent. But, just because someone is competent doesn’t mean they’re also confident; they may have low self esteem. Or the bully aims to undermine the victim’s self-esteem. ‘Low self’-esteem in social panorama terminology means that an individual places their own personality below the level of some others in their social panorama.

MJ was highly qualified and had started at the company as an intern about a year before I saw her. Immediately after the office party mentioned earlier, MJ’s boss treated both MJ and her colleague like princesses — obviously fearful of the repercussions should the company find out about his behaviour the previous night.

But shortly after, the bullying started

Her boss began making inappropriate comments about MJ’s personal appearance, continually told her how she needed to improve it by wearing make-up, styling her hair more fashionably and wearing nicer clothes. He told her how she would never make it in the job and didn’t have the required skill set, etc.

After almost a year of this treatment, her self-esteem was at rock bottom. While I obviously worked with MJ to put a stop to the bullying through the relevant professionals at work, she needed some ways of dealing with her bully boss immediately.

We started by examining her social panorama

In her mental landscape, MJ located most of her colleagues and family on the same level. Her boss was ‘up high’ and about 20 cms (8 inches) in front of her. 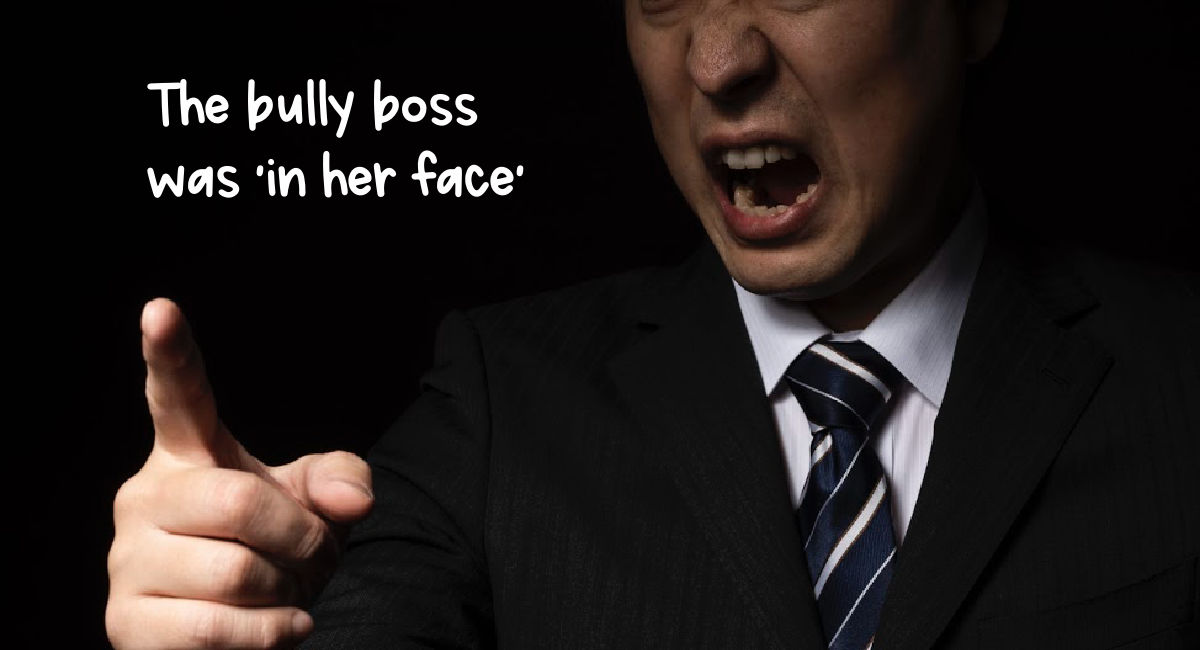 He was ‘in her face’ and ‘overpowering’ her — literally. No wonder she felt intimidated!

We experimented with moving him around in her social panorama (SP). She decided that 3 metres (10 feet) away and much lower down helped her feel most comfortable. She wanted to keep him in front so she could ‘keep an eye on him’. Having done this, she took a deep breath and relaxed.

How does social panorama work with bullies?

Social panorama operates logically. A person will behave in a more compliant manner towards anyone who they place up high in their SP. This may not be a problem if that person is someone they ‘look up to’ or who they hold in ‘high esteem’ or even a boss who is ‘higher up’ in the organisation.

But when, as with MJ, the person is also ‘in their face’ and ‘overpowering’ them, both literally and in their SP, it affects a victim’s self-esteem. Moving the bully away from being ‘in her face’ and lower down so as not ‘overpowering’ would impact her ‘low self’-esteem.

But I wanted MJ to have a bigger shift

I asked her what would be the funniest kind of head that she could imagine on her boss’s shoulders. She said a horse. I commented a horse seemed perfect — he was obviously an ass. “A donkey!” she exclaimed with delight and promptly swapped, in her imagination, the horse’s head for that of a donkey.

By now she was laughing

I asked her what would be the funniest voice she could give him. She said, “like the Chipmunks”, and so I had her imagine him speaking with that silly voice. I suggested she check each morning following our session, before she went to work, that her boss was in the right place in her SP, that he had the donkey’s head and the true chipmunk voice. I got her to visualise how she would respond to him differently as she pictured him this way. 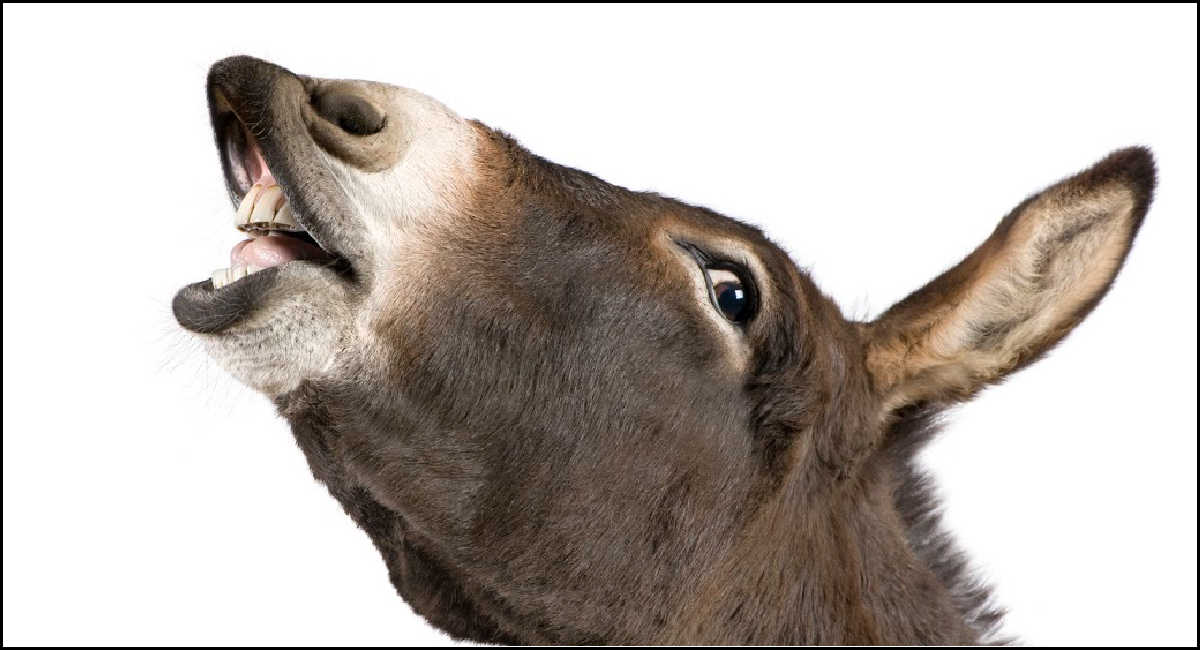 It’s important to know that MJ doesn’t have to keep consciously thinking about her bully boss and moving him around her SP each day. I merely wanted MJ to be aware of her SP so she would have control over it in the future.

I taught her some simple skills for dealing with him and asked her to imagine how she would behave differently with him the next day. She was laughing and said she felt excited about her ability to communicate with him effectively.

MJ called me the following evening. She said she’d had her best day at work in over six months. Her boss had been his usual intimidating self at the start of the day, questioning her appearance and dress choices. But MJ used the skills I’d taught her. These skills, combined with having changed his position in her SP meant she no longer felt intimidated. She thought it was funny. She giggled as he was talking to her.

After each interaction with MJ, her boss had ‘gone away looking perplexed’ by her new responses. MJ no longer felt worn down and was fighting back.

What you need to know about bullying

*A big ‘thank you’ to my client, ‘MJ’, who gave permission for me to share her experiences in the hope it might help others.

To find out more about how to change your mind and live your best life, please consider NLP Practitioner training