How The Tiniest Word Can Stop You Mind Reading 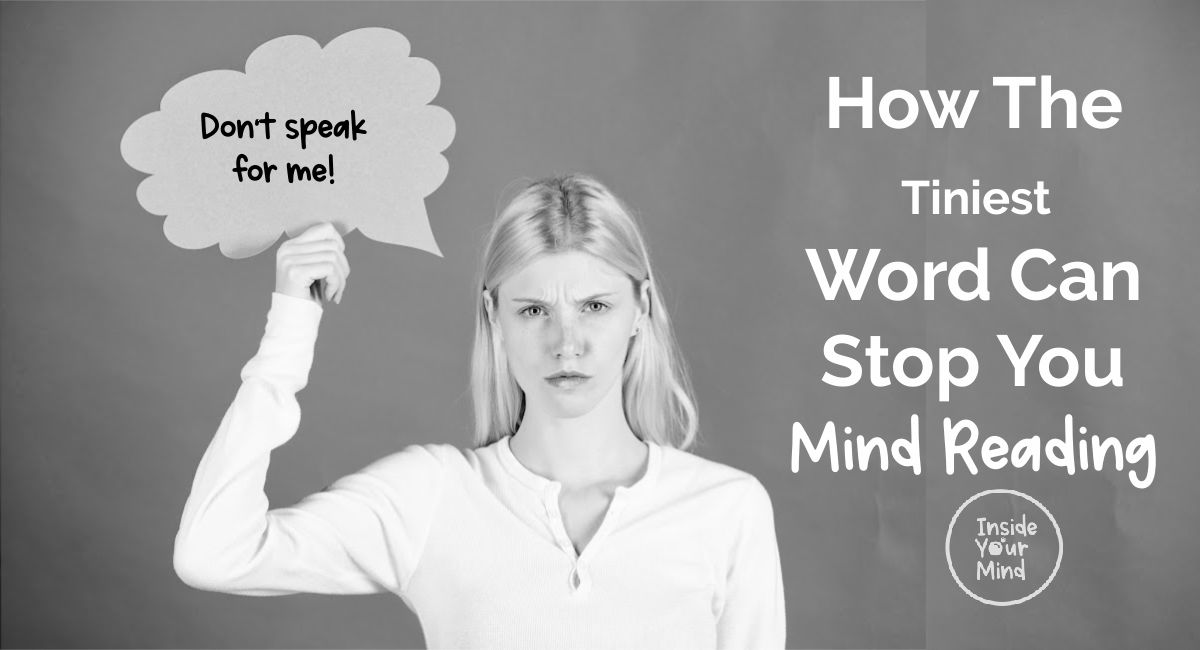 It’s assuming you know what other people think or believe, or that they share your opinion.

What’s the tiniest word in the English language?

Here’s an example of how they fit together

A conversation with a course participant went as follows:

Participant: “You know how you feel uncomfortable when you talk to people in authority? Well, it would be great if you knew how to be confident.”

I gave my standard response: “Are you saying that I feel uncomfortable when I talk to people in authority?”

“Well, no, not you! But, you know, people do feel uncomfortable…”

I interrupted, “Are you saying that you feel uncomfortable talking to people in authority?”

I could see other participants becoming a little twitchy.

Stunned, the woman asked; “Are you saying I’m the only person here who feels uncomfortable talking to people in authority?”

People in the room were nodding.

“Wow! I thought everyone had the same problem!”

And right there — a moment of enlightenment 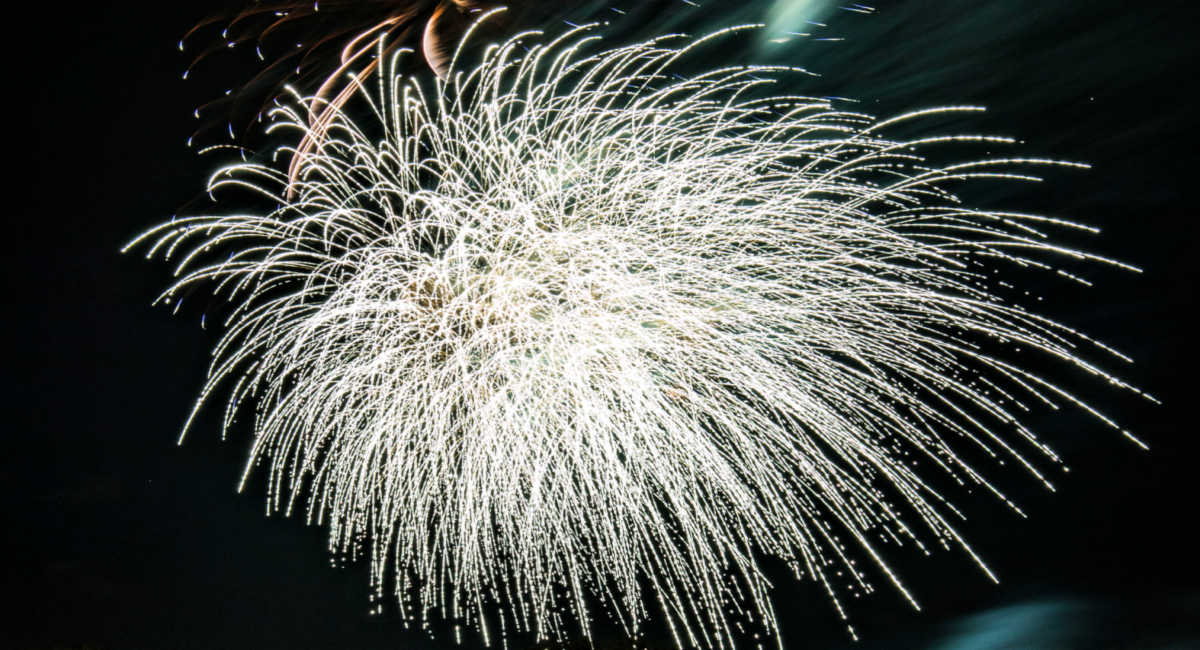 Realising that everyone doesn’t share the same reality illustrates just one reason using ‘I’ language when stating your opinion is so important. I call it owning your language; or owning what you say.

So what do I mean by ‘owning language’?

I mean stating your opinions, judgements and points of view as your own, by using the word, ‘I’. For example, “I think it’s important for people to learn flexibility.”

‘You’ language assumes what you’re saying is a general given, a fact, or that you’re mind reading a whole group. For example, “You know, people should learn flexibility.”

Many people find expressing their own opinions a challenge

(By the way, that sub-heading is ‘you’ language, even though I haven’t used the word ‘you’. It’s a generalisation — so read on, so I can explain).

In my live training courses, we create guidelines — suggestions for how we might best work together. One of these is that participants, ‘own their language.’ I haven’t yet had a group that didn’t agree to it. And they have all found it challenging.

Yet, almost without exception, when people manage and own their language, they gain a deeper level of self-awareness.

A decision to ‘own’ what you say can yield surprising results.

When you begin with ‘I’ instead of ‘you’, you might find:

What are facts, and what are general collective opinions?

Facts are verifiable and indisputable. For example, we can verify mammals have bones and muscles in their bodies to enable movement.

Some matters, once accepted as fact, are no longer true. For instance, prior to Gallileo pointing out that the earth revolves around the sun, humans accepted the earth was the centre of the universe and the sun revolved around it.

Until 1954, no one could run a mile in less than 4 minutes. It was a fact. Now it’s fairly common for athletes to run sub-4 minute miles.

Those ‘facts’ are now fallacies.

General collective opinions are basically those opinions and beliefs of a society, aka generalisations

Many societies consider killing another person as ‘bad’. However, this isn’t a fact, or opinion shared by other cultures or societies. If something isn’t a fact or general collective opinion, then by definition it’s your own view or belief.

Beliefs and opinions refer to judgements or personal feelings, not founded on proof. I characterise opinion statements by words such as ‘I think’, ‘I believe’ and ‘For me…’ or ‘The way I see things…”‘

New Zealanders use less ‘I’ language than other cultures

Why would that be?

According to research into various cultures by Cultural Detective, modesty — defined as being humble, understated and self-effacing, is one of New Zealand’s cultural values. So expressing and owning a firm opinion almost goes against this cultural norm. 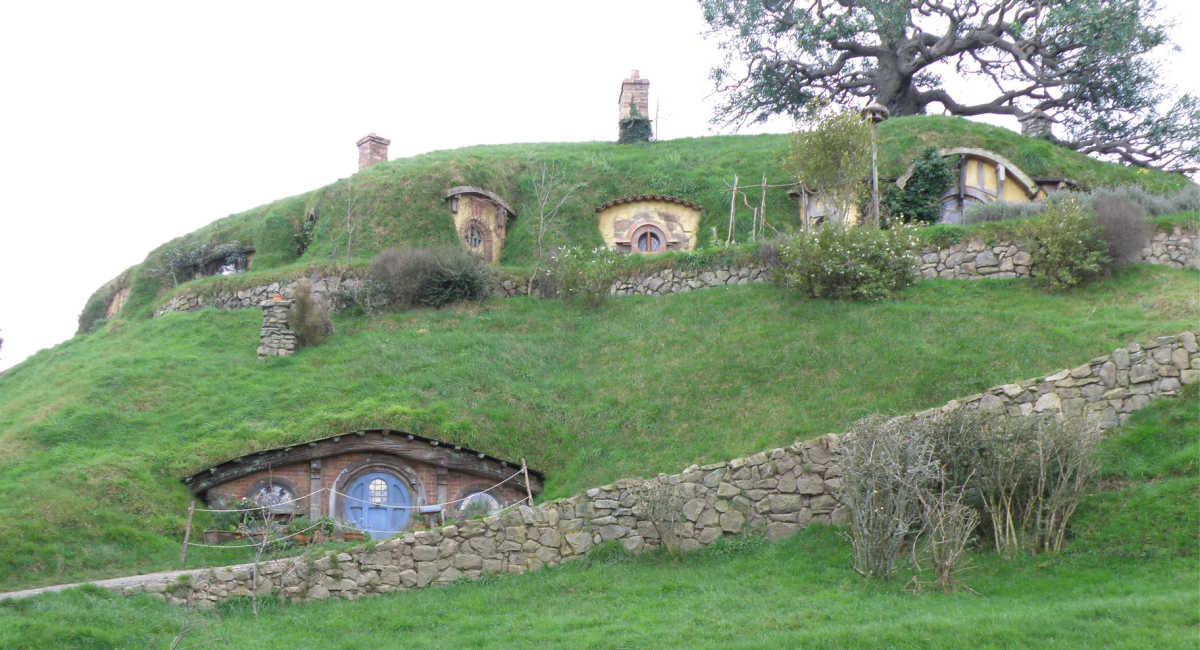 At least this is my theory!

In contrast, being humble, understated and self-effacing is not one of Australia’s cultural values, where ‘forthrightness’ is a value. Or in the USA where Americans value ‘self-promotion’.

The result of not owning your opinions is mind reading

You confuse yourself when you use ‘you’ language because you mind read, or assume any challenges you face are

You regain control over the issue when you accept it as your own.

Owning your language is powerful

People have shown me, time and time again, that although it can be a challenge, taking ownership of what you say restores your ability to change whatever isn’t working.

Ways to quit mind reading and wrestle back control for yourself

By owning what you say, you’ll discover

← The Myth Of Reliable Memory: Why It's Notoriously Questionable How To Resolve A Problem Smoothly — By Changing A Noun →