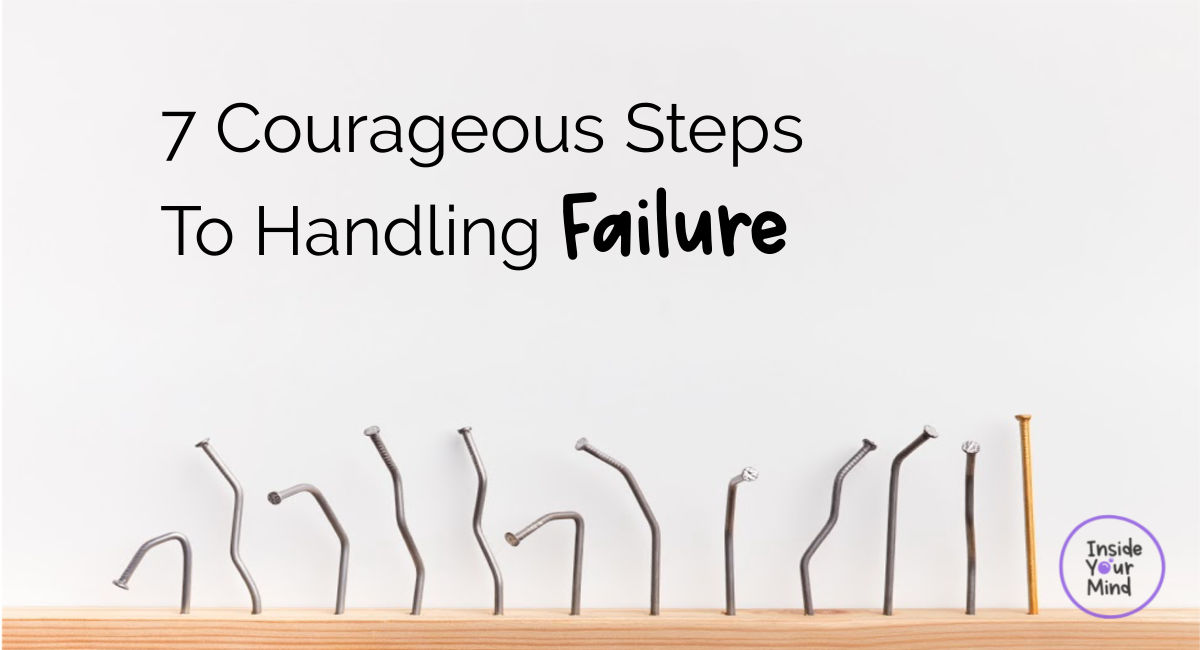 It’s a dirty word for most people. No one likes to think they’ve failed — or experienced failure.

But never fear. If you stuff up, there will always be plenty of well-meaning people offering advice to help you move forward.

Guidance usually comes as vague generalities that tell you very little about how to recover, bounce back, or prevent failure in the future.

Some of the more common suggestions for dealing with failure

While these are valid ways of dealing with failure, they’re also so vague as to be just about useless! However, within the vague language there are elements of truth that are really useful.

In this post I’ll show you a simple 7-step process that will enable you to gain new perspectives, distance yourself from the issue, see a bigger picture, learn from mistakes and allow time to heal. Yep, and all in one simple process.

OK then, here we go…

Let’s start at the very beginning.

Step #1 — Review the failure objectively and from a fresh perspective

Here’s the way to do just that. If possible, make sure some time has elapsed before you do this, so there’s less of an emotional charge. To be as impartial as possible, try imagining the whole scenario as if you were watching yourself having the experience on a TV, or on your computer. Start at the beginning and let it roll all the way to the conclusion. Make sure your see yourself on the screen (i.e. dissociated and with an absence of emotion), rather than re-experiencing it as if you are playing your part in the movie.

What insights can you glean from doing this?

Now imagine the situation or event taking place on a raised platform, something like a boxing ring — but without the ropes — or the boxers and bloody faces!

See yourself and any other people that were involved in the situation on this platform. Imagine stepping into the body of one of the other people involved at the start of the situation. As you do this, take on whatever you might know of their values and beliefs. Imagine seeing events through their eyes, hearing things through their ears and feeling what they might have felt. Run through the entire experience from this other person’s point of view.

Ask yourself these questions:

If there were several people involved, you can repeat step #2 of the process by imagining yourself in the role of each of the key players and repeating the questions. Notice any new insights you get from doing this. 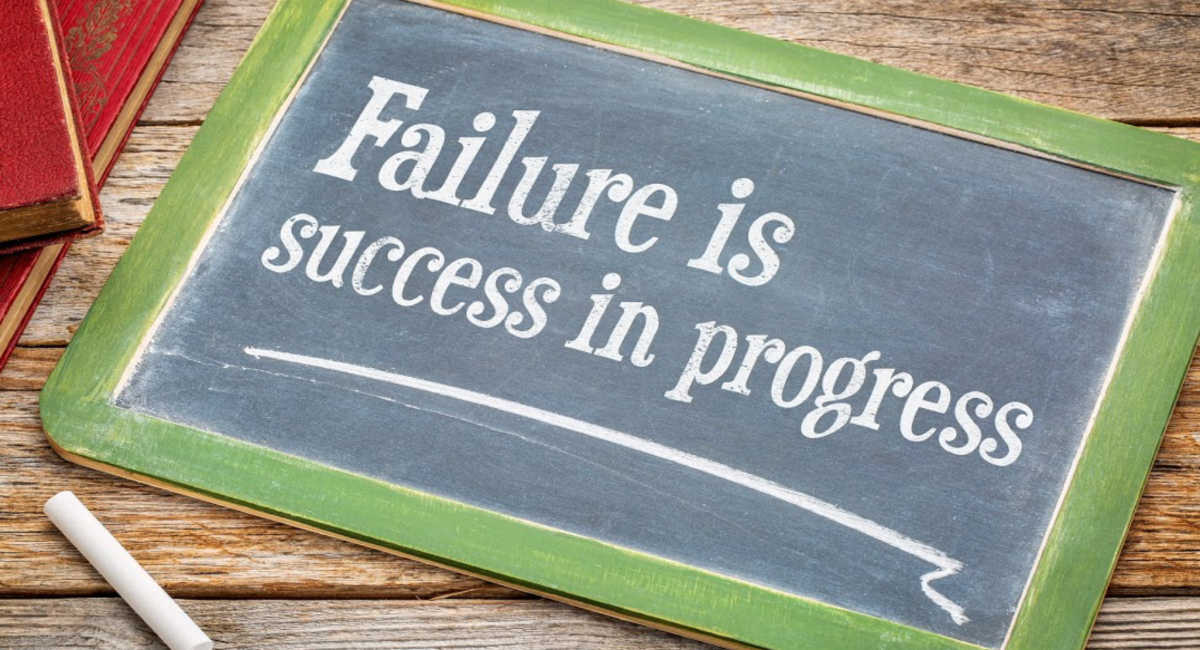 Now imagine that you’re the referee in that ring; you’re independent and don’t favour either party. Review the event from this imaginary, impartial perspective noticing:

Now to get an even bigger perspective on the failure, where this is useful.

Step #6 — Check the impact of the failure over time

Imagine it’s 5 years from now. You’re looking back on the event. As a consequence of your failure, how much significance has this event had in your life overall?

Imagine yourself 10 years from now, again looking back to the event or situation you’ve deemed a failure. How much significance did this event have in your life overall? You can repeat this part using longer periods of time. Notice how the failure is losing significance.

Step #7 — Review the failure and put it back into perspective

The idea of this exercise is to help you put your failure into perspective.

After all, failure is just feedback that you made a mistake, and that some readjustment might be useful in the future.

Through feedback you might discover ways to diminish the consequences of your action or inaction. You can also determine:

Looking at a failure from different perspectives will remind you of what you’ve learnt; learning that would cause you to respond differently if a similar situation were to occur in the future. Those learnings may also send you down a different track entirely. Any kind of failure is the inevitable consequence of moving forward and getting out of your comfort zone. And that is incredibly important for your growth and development.

Personally, I believe that there’s no failure — only feedback.

Remember the event is in the past, so once you’ve gleaned all the lessons, it’s important to let the issue go, and move on.