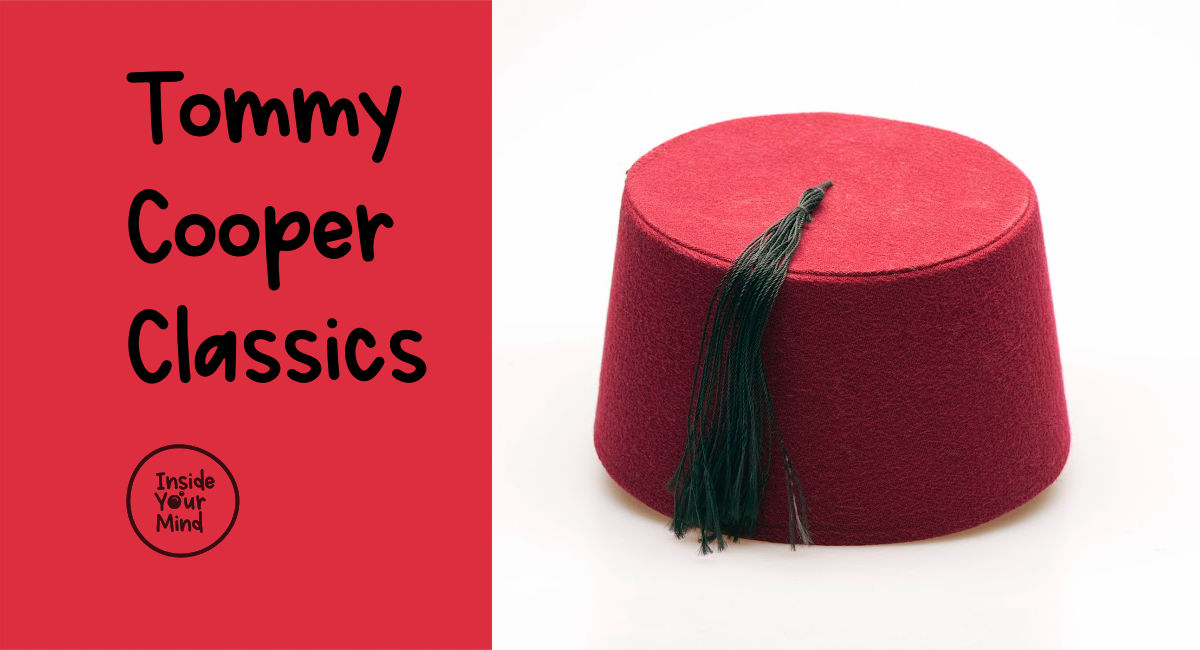 For those of you who might have never heard of Tommy Cooper, he was one of the funniest magicians ever — and a master of one-liners. I used to watch him on TV when I was a kid. In fact, I used to start laughing before he even came on. Just the thought of him made me laugh! With his 6ft 4in frame and enormous feet, he was physically hilarious. He had a funny face, with wild, uncomprehending eyes, a mobile jaw, and a collection of magic tricks that almost always failed.

I say almost, because sometimes, after bumbling his way through a gig, he’d produce a truly amazing magic trick that actually worked. He’d look as stunned as the audience!

His famous Egyptian fez only made him look funnier

Tommy Cooper’s one-liners might have seemed childish if they’d been said by any other comedian, but Tommy had amazing timing and such great rapport with his audience that he made them work. My Dad and I would laugh until we had tears rolling down our faces, while Mom would roll her eyes, shake her head, and ‘tut tut’. She didn’t find him anywhere near as funny as we did.

Tommy, unfortunately, died on stage of a heart attack in 1984. The Victoria and Albert Museum has over 116 boxes of archive material from his life.

I hope you’ve enjoyed these Tommy Cooper classic jokes, as much as I enjoyed collating them. You might also enjoy How Language Creates Humour and How Belly-Aching Laughter Helps you Resolve A Problem

← Things Are Looking Up! How Eye Movement Can Jazz Up Your Mood How Your Mental Landscape Affects Your Real Life Relationships →