How Can NLP Help Me? 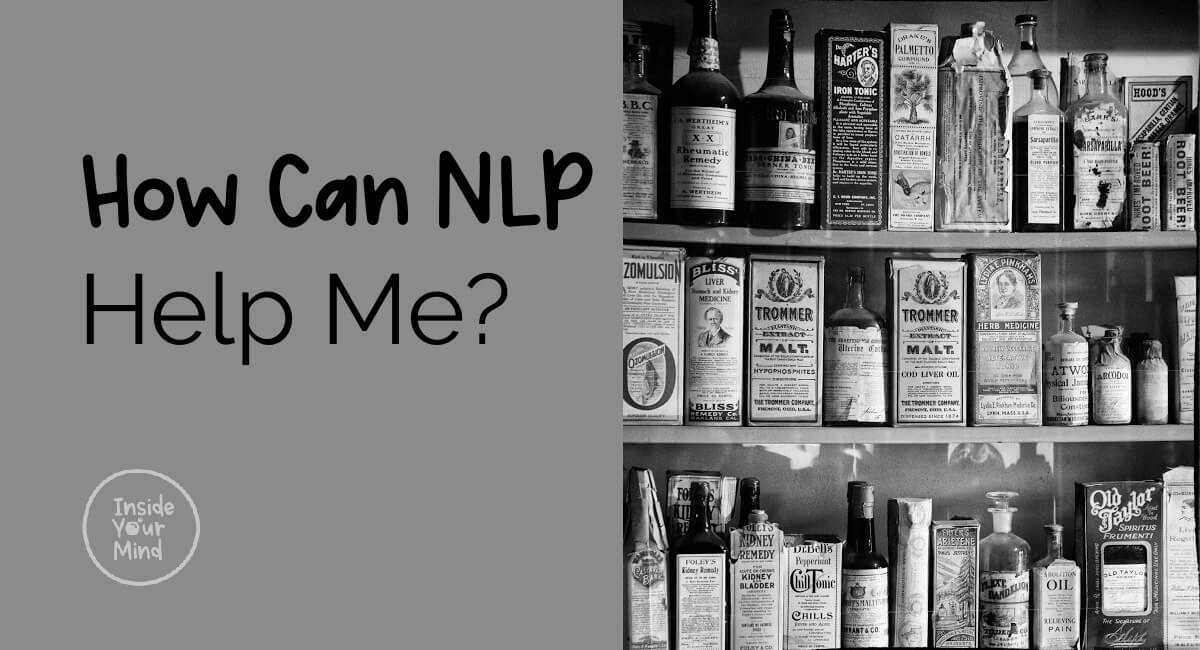 Unfortunately, NLP can sometimes sound like the cure for everything too

I use the word unfortunately because NLP is such a vast field, it’s challenging to define it in a sentence or two. But we could start by clarifying that NLP is the condensed version of Neuro Linguistic Programming.

What you really want to know is how can NLP can help you, yes?

Let’s start with some NLP definitions:

‘The study of human excellence.’ John Grinder
‘The science of programming your own brain.’
‘The study of subjective experience – how people know what they know and do what they do.’

And now you’re none the wiser, are you?

While all these definitions are accurate, they also make NLP sound very vague, grandiose, and all-encompassing. Not very useful when you’re trying to figure out how NLP can help you, or if it’s something you’d like to learn more about!

Sometimes, it’s more useful to hear about specific ways that NLP might apply to you, your life, and your own experiences.

One thing is for sure, the more you understand NLP, the more you’ll find ways to apply it to the various facets that make up your life.

Examples are much more useful – and compelling

Here are some ways NLP Practitioners or coaching clients have used NLP to improve their lives. I’ve given some specific, personal examples. Obviously, each person mentioned below (whose names have been changed to protect their privacy) learned a lot more than is shared in the case studies.

Jenny is a 32-year-old mother of 2 preschoolers 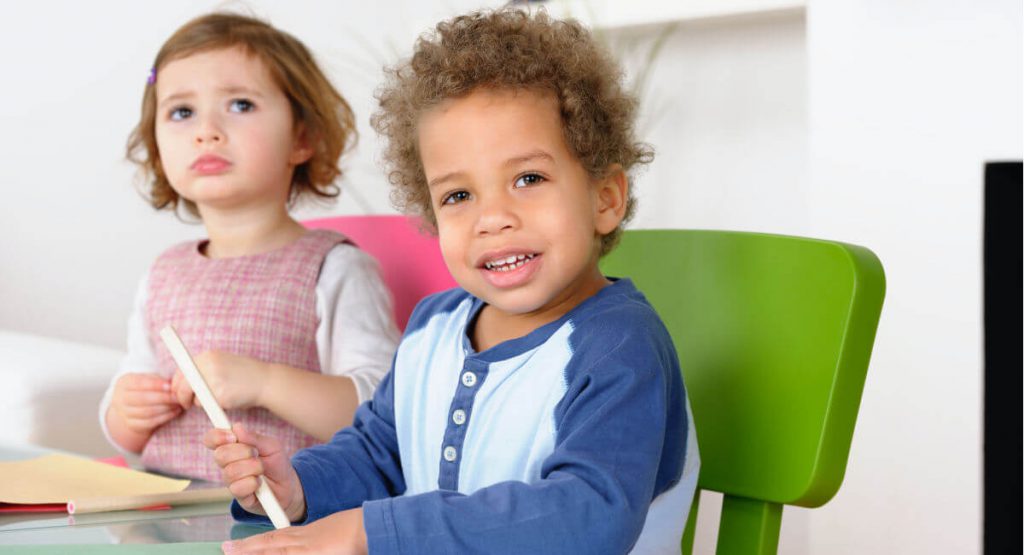 The kids wouldn’t settle at bedtime and she spent ages trying to get them to sleep — often falling asleep herself in the process! She used NLP rapport processes and specific language patterns to help her children calm down and then quickly and easily get them off to sleep.

He couldn’t get his team to listen to him or do what he asked and became defensive and stubborn. Martin used NLP listening skills to better understand his crew and targeted questions to get to the root cause of the problems — and the reasons for them ignoring his requests.

Instead of getting worried and uptight at the prospect of talking to the guys, he used the NLP anchoring technique to feel relaxed and confident. These comparatively small changes made a huge and positive difference in their working relationships, and productivity was much improved.

Margot found it challenging to connect with her boss — and vice versa.

They would get frustrated with each other to the point where Margot was considering another job. Margot became aware that, to do an excellent job for her boss, she needed detailed information from him. Regrettably, her boss only gave Margot an overview of what he wanted, avoiding the detail.

Margot enjoyed details so whenever she spoke to her boss, she had been giving him a chronological, blow-by-blow account of what she’d done. She believed she was being helpful and informative. He responded by getting annoyed and impatient and asking her to ‘cut to the chase.’

Margot’s work style was Specific; needing detailed instructions to do a good job. However, her boss had a Global style. He only needed the big picture or an overview.

This is a classic example of why you shouldn’t treat others as you want to be treated!

Each presented information to the other based on their own preferences.

Recognising these differences in their work styles, Margot learned how to ask specific questions so she could get the information she needed to do her job well. She also mastered the art of the ‘Executive Summary’ giving her boss a simple overview of what she was doing. This put an end to him getting annoyed. They each developed a greater understanding of each other’s needs and a better, more productive relationship.

Chris couldn’t talk to a group to save himself.

It was holding him back in a job where he needed to make presentations to staff and company clients. As a result of learning some NLP skills, Chris was able to change this situation dramatically. Firstly, he changed the way he thought about himself in front of an audience.

Instead of imagining himself stuttering, stumbling and looking decidedly uncomfortable, he created some positive and inspiring images that made him feel good.

Following this he changed his self-talk and used encouraging, empowering words. He also used the NLP anchoring technique to settle into a powerful and energised state. Experiencing this new state meant he could relax and he actually began enjoying talking to groups of people. The amazing feedback he got from his presentations further buoyed his self-confidence.

Prior to attending the Inside Your Mind Workshop Jeremy, literally shook with nerves whenever he was required speak. As the CEO of a growing company, this was affecting him both personally and professionally. 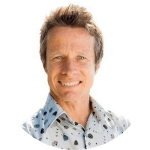 — and at his next speech, he sang.

You can read Jeremy’s testimonial here.

Brenda is a nurse in the ICU

She learned the power of language. Not only did she learn how she could change her mood by changing her self-talk, but she could also help her patients heal more quickly by using different, more empowering words, and by picturing their quick recovery.

Phil got a new job

By using NLP rapport, anchoring and listening techniques in his interview, Phil aced it. He felt great all the way through the 1-hour 15-minute interview and commented that he ‘just knew’ he had the job from the responses of the three interviewers. He later found out that he’d won the job above 73 other applicants.

Mary and Rob improved their relationships

Mary and Rob had a very stressful relationship with each other. They also had almost non-existent communication with their 16-year-old twin boys. In a few days, they learnt to understand how they (Mary and Rob) were contributing to the communication issues with their boys. Instead of trying to make their boys change, they subtly altered how they related to them and to each other.

The twins began voluntarily telling their parents where they were going, what they were doing and when they’d be home. The boys also started helping out around the house. The atmosphere at home became much more relaxed, and Mary and Rob retrieved their relationship with each other and with their offspring.

Rodney got his perfect job

After having three jobs in fourteen months, he was beginning to think there was something wrong with him. We identified his work values and what those meant to him. Of all the previous jobs he’d had, none had encompassed more than three of his eight values. Rodney subsequently got a position that included all his work values, and was still there three years later.

Carol learned to tap into her ability to tell stories

She used and developed this ability on her NLP Practitioner Training, so she could help her counselling clients turn around their lives.

Brian identified a belief that was negatively affecting his relationship

He changed a limiting belief into a more empowering belief.  The old belief prevented him from having a fulfilling relationship with his wife — the new one transformed their marriage. 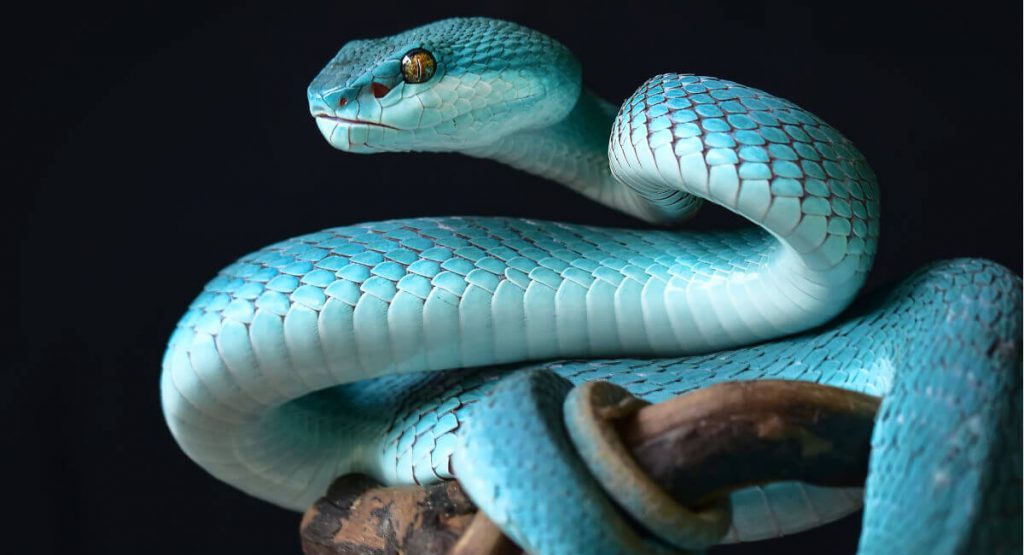 She overcame her phobia of snakes using the phobia cure on her NLP Practitioner Training. She later on helped many others overcome phobias of various types using the same process.

He helped many people recover from allergies to wheat, milk, pollen and animal hair, amongst other things.

Jim had had an allergy to garlic and onions for 35 years.

Both turned him into a very sick puppy. This made for a very restrictive diet and considerable worry when dining out. I did the NLP Fast Allergy Relief Process with him on the second day of training. He can now eat garlic and onions and says the cure was worth more than the price of the whole course!

Participants make changes to their own behaviour, and those changes cause others to react differently. One participant commented: “I must say it’s very peaceful in my house. I am getting everything done, without yelling and screaming, and the kids just can’t understand it.”

They made numerous positive changes by learning NLP, and in the process, integrated NLP into their everyday lives. NLP became part of who they are, rather than something they ‘do.’

I’ve just picked individual examples to show how NLP can help, by showing you instances of how it helped others.

So, how can NLP help you?