Funny Things Kids Say, Write And Have Opinions About 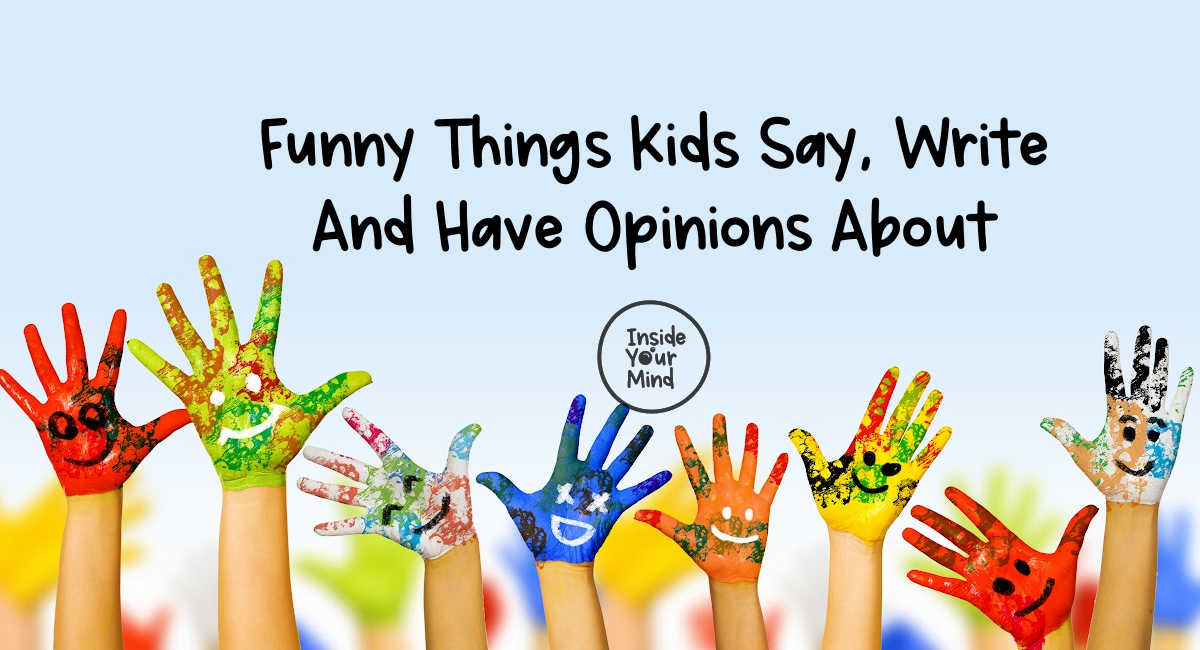 Laughter is the best medicine. Kids’ minds often work in completely different ways to us grown-ups, and their misinterpretations and mis-spelling of words, misunderstanding of how things work in the world, all generate hilarity. This blog post is purely for entertainment, to give you a giggle and remind you we were all children once! 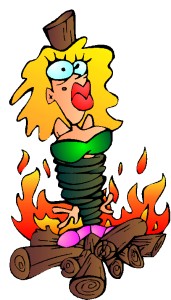 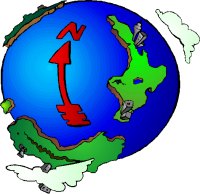 Funny things kids say and write about concerning what happens in our oceans!

Hilarious answers from kids in their Catholic Elementary School Test 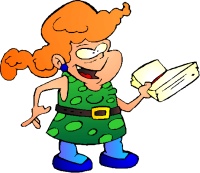 Kids were asked questions about the Old and New Testaments. The following statements about the Bible were written by children. They have not been corrected (i.e., incorrect spelling has been left in).

The first week of school

A little girl had just finished her first week of school. “I’m just wasting my time,” she said to her mother. “I can’t read, I can’t write and they won’t let me talk!”

Modern Slant on the Lord’s Prayer

A woman had been teaching her three-year-old daughter, Caitlin, the Lord’s Prayer for several evenings at bedtime. She would repeat after her mother the lines from the prayer. Finally, she decided to go solo.

Her mother listened with pride as she carefully enunciated each word right up to the end of the prayer: “Lead us not into temptation,” she prayed, “but deliver us some E-mail.”

Life seems more fraught with danger when you live life with sons!

Facts of Life — according to kids

There is always the potential for hilarious misunderstandings when kids and adults try to communicate! 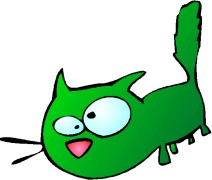 A nursery school pupil told his teacher he’d found a cat, but it was dead.

‘How do you know that the cat was dead?’ she asked her pupil.

‘Because I pissed in its ear and it didn’t move,’ answered the child innocently.

‘You did WHAT?’ the teacher exclaimed in surprise.

‘You know,’ explained the boy, ‘I leaned over and went ‘Pssst’ and it didn’t move.’

A three-year-old boy went with his dad to see a litter of kittens. On returning home, he breathlessly informed his mother, “There were 2 boy kittens and 2 girl kittens.” ‘How did you know?’ his mother asked. ‘Daddy picked them up and looked underneath,’ he replied. ‘I think it’s printed on the bottom.’

A small boy is sent to bed by his father.

How to get to heaven

An exasperated mother, whose son was always getting into mischief, finally asked him, ‘How do you expect to get into Heaven?’

The boy thought it over and said, ‘Well, I’ll run in and out and in and out and keep slamming the door until St. Peter says, ‘For Heaven’s sake, Dylan, come in or stay out!”

One summer evening during a violent thunderstorm a mother was tucking her son into bed. She was about to turn off the light when he asked with a tremor in his voice, ‘Mummy, will you sleep with me tonight?’

The mother smiled and gave him a reassuring hug.

A long silence was broken at last by his shaky little voice: ‘The big sissy.’

It was that time, during the Sunday morning service, for the children’s sermon. All the children were invited to come forward. One little girl was wearing a particularly pretty dress and, as she sat down, the minister leaned over and said, ‘That is a very pretty dress. Is it your Easter Dress?’

The little girl replied, directly into the minister’s clip-on microphone, ‘Yes, and my Mum says it’s a bitch to iron.’

When I was six months pregnant with my third child, my three-year-old came into the room when I was just getting ready to get into the shower. She said, ‘Mummy, you are getting fat!’

I replied, ‘Yes, honey, remember Mummy has a baby growing in her tummy.’

‘I know,’ she replied, but what’s growing in your bum?

A little boy was doing his math homework.

His mother heard what he was saying and gasped, ‘What are you doing?’

‘And this is how your teacher taught you to do it?’ the mother asked.

Infuriated, the mother asked the teacher the next day, ‘What are you teaching my son in math?’

The teacher replied, ‘Right now, we are learning addition.’

The mother asked, ‘And are you teaching them to say two plus two, that son of a bitch is four?’

After the teacher stopped laughing, she answered, ‘What I taught them was, two plus two, THE SUM OF WHICH, is four.’ 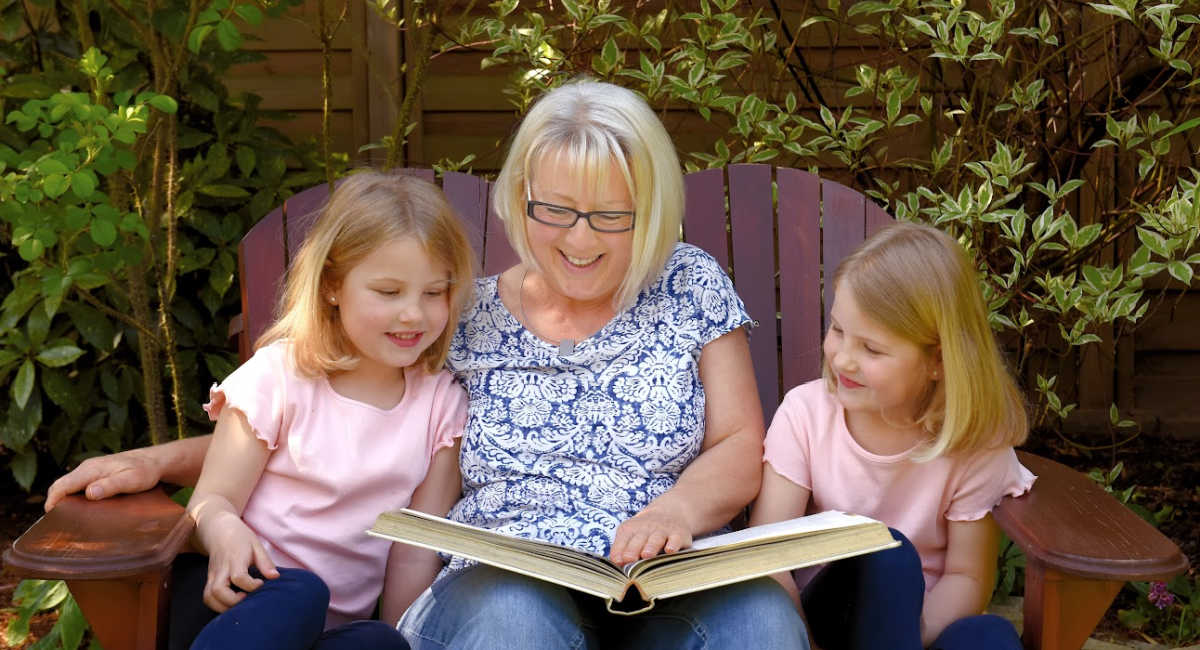 She read, ‘… and so Chicken Little went up to the farmer and said, ‘The sky is falling, the sky is falling!’ The teacher paused then asked the class, ‘And what do you think that farmer said?’

One little girl raised her hand and said, ‘I think he said: ‘Holy Shit! A talking chicken!”

The teacher was unable to teach for the next 10 minutes.

It’s all in the name

Her mother told her this was wrong, she must say, ‘I’m Jane Sugarbrown.’

The Vicar spoke to her in Sunday School, and said, ‘Aren’t you Mr. Sugarbrown’s daughter?’

She replied, ‘I thought I was, but mother says I’m not.’

A little girl asked her mother, ‘Can I go outside and play with the boys?’

Her mother replied, ‘No, you can’t play with the boys, they’re too rough.’

The little girl thought about it for a few moments and asked, “If I can find a smooth one, can I play with him?’

A mother was preparing pancakes for her sons, Kevin, five, and Ryan, three. The boys began to argue over who would get the first pancake. Their mother saw the opportunity for a moral lesson. ‘If Jesus were sitting here, He would say, ‘Let my brother have the first pancake. I can wait.’

Kevin turned to his younger brother and said, ‘Ryan, you be Jesus.’ 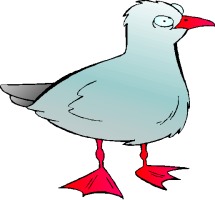