How To Inoculate Yourself Against A Weird Mind Virus 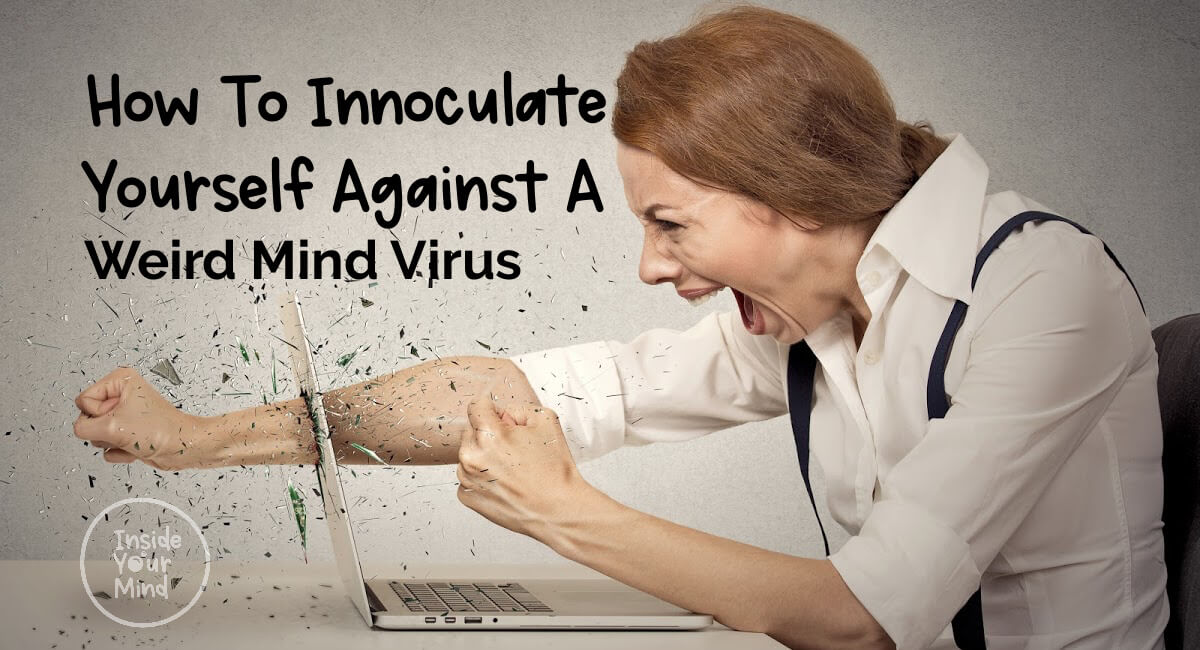 I lay awake for umpteen nights worrying about how many people I’d unintentionally offended — and whether I’d still have any subscribers at the end of that week.

You guessed it, despite the anti-virus software on the PC, it still managed to send out an offensive viral email image to everyone on my mailing list at the time.

But, that is a story for another day!

Thing is, it’s not just computers that get infected with viruses

Our minds and bodies can have viruses as well. You’re probably familiar with some of the viruses that invade our bodies.

But, what’s a mind virus?

A mind virus is something that corrupts your thinking and prevents you from doing what you intend.

Instead, you become hopelessly ineffective, and do anything but what you planned. It saps your energy and leaves you feeling at odds with your own integrity.

This type of mind virus becomes particularly prevalent when you’re thinking of objectives, goals or plans you want to put in motion.

If you’ve tried to do something in the past and failed, it’s easy to get caught up in that ‘failed’ mentality — which is, in fact, part of the virus. The more times you’ve failed, the more likely it is that you believe you’ll fail again.

This mind virus can be extraordinarily frustrating — and debilitating.

There is an explanation for this failure

The rationale is that you’ve wired your brain to fail several times already, by not doing what you set out to do. You’ve created a neural pathway through your brain that, as soon as you start thinking about what you want to do, veers off on a completely random course of its own making — but out of your conscious control!

Let me illustrate this

Let’s say you plan to begin writing three times a week. You might decide to write a journal, a blog, a book, poetry, it doesn’t really matter. (This is only an example so just replace, ‘writing’ with any task that you’ve thus far experienced as less than successful.)

This is what happens next

You sit where you normally sit to start writing. You think about writing, but feel uncomfortable (having already previously failed). You stare at a blank page or screen and tell yourself off for not writing. Your self-rebuke makes you feel even more uncomfortable. Then you imagine further discomfort in the future.

You notice some tension building…

So then what happens?

You do something else!

You sit down in front of your computer and suddenly decide you need to check your email. Or Facebook. Or Twitter. Or you desperately need coffee, tea, something to eat, to phone a friend. 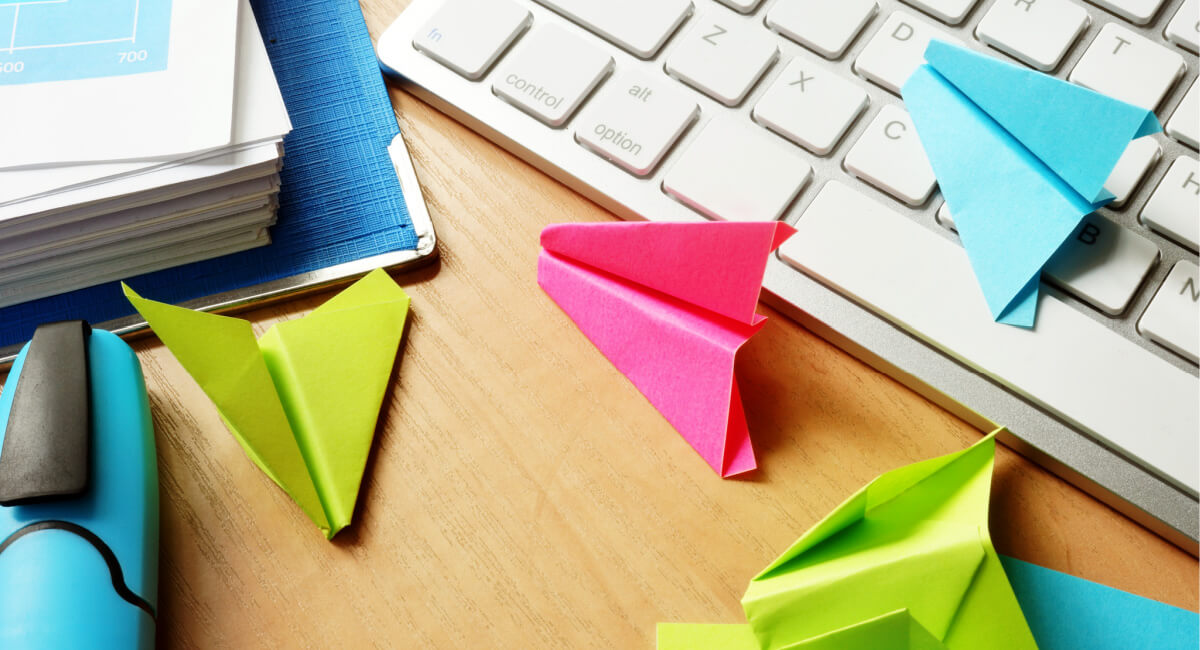 Or sometimes all of the above!

Eventually, you go back to start writing again only to find yourself running the same email/facebook/coffee/eating/phoning/ program all over again! You have created a mind virus. (I know this because I’ve experienced the very same infection!)

But it isn’t entirely procrastination. What’s happening is that you don’t have a mental program for running the new (writing) behaviour that you desire. You only have the program with the virus that looks something like this:

(Remember to replace ‘writing’ with whatever you want to inoculate against. For example, monthly accounts, exercising, ironing etc.)

At this point, you’ve run the viral program several times

And you still haven’t written a word (apart from possibly emails and Facebook messages). The problem is that the more often you run this corrupted program, the easier it becomes to run it automatically. Every time you do this non-writing alternative, you’re wiring your brain to do it again, and again. That neural pathway is turning into a 6-lane freeway! And pretty soon you’re even further away from writing than before you first sat down with an intention to begin.

How do you get rid of a mind virus?

If you’ve already got a mind virus, it’s too late to prevent it — but you can inoculate for it.

Inoculation involves merely starting the desired program in a different way, or from a different place.

Once you’ve re-run the new program a few times, it will become a positive mind virus. The updated mind virus will outrun the old one, effectively killing it off. This means that doing what you set out to do will become more natural.

Let’s use our non-writing virus as an example again

The virus kicks in when you sit in front of your computer and think about writing. 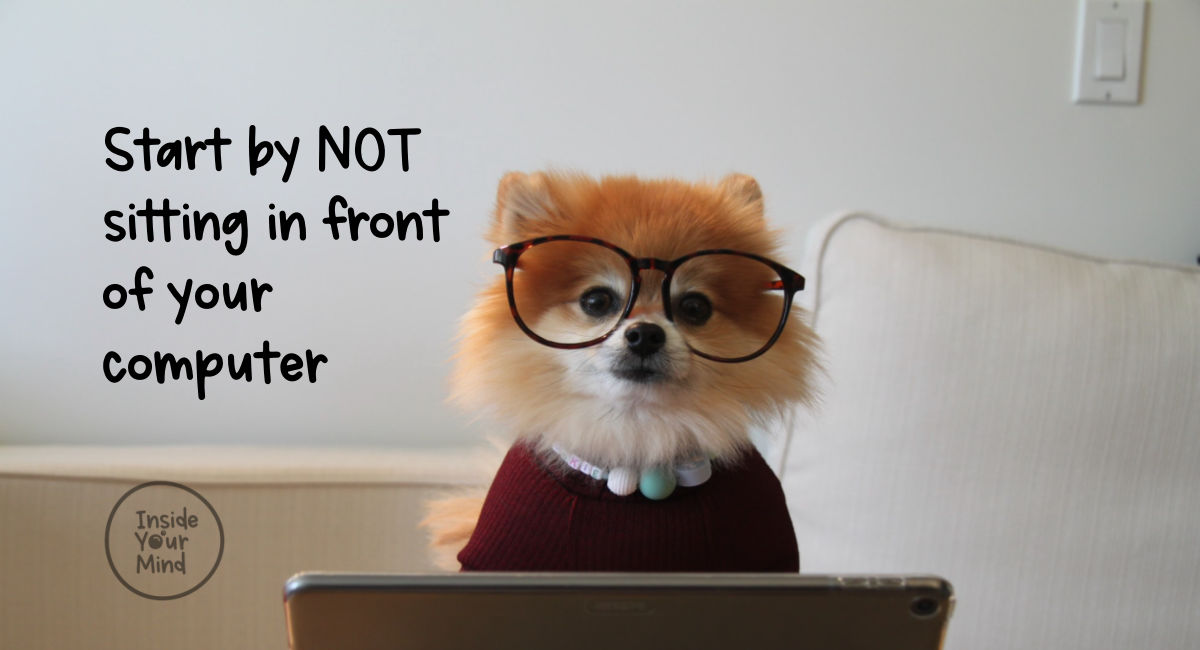 So the best way to vaccinate against the virus is to start by not sitting in front of your computer and thinking about writing.

Here are some alternative ways to begin writing (but remember, writing is just an example — it could be anything you’ve thus far failed to do.)

Implementing these ideas will stop you running the old viral mind program that’s corrupted your intention. You can find ways of improving your writing later — i.e. once you’ve actually written something you want to improve! I know you can come up with many creative ideas for overcoming your own mind virus.

The key is to identify where and when the program starts and then change the start point.

As another example, when I spoke to a very competent NLP Master Practitioner, she told me that whenever she’d finished with a client, she immediately begins questioning herself and worries whether she’s done the ‘right’ processes.

Understandably this was challenging her self-confidence

I suggested that as soon as a client left in future, she could put on some upbeat music, turn up the sound and dance around the room until she could say — out loud — five things she’d done well. Again, the idea is to vaccinate against the virus by changing the start of the program, so the rest of the program can’t ‘run’.

Changing your behaviour is under your control